Several of Shawn’s closest friends paid tribute to him during his memorial service. Mike Foss met Shawn in 2005 while playing for D.C. United’s U-17 team. Mike reflects on their relationship below.

I’ve been sitting here trying to think of what Shawn would make of all of this. The whole thing. The attendance, the speeches. You know, I write for a living but this has been the hardest deadline to meet in my career. Not because I lacked content, but because every time I went to write, I could feel Shawn in my ear.

The fact of it is, throughout our friendship, Shawn was pushing me to always do more. Just go big, Mike. Just don’t worry about it, just go big. Don’t get caught up in the details, trust yourself.

Whatever it was, Shawn wanted it to be the greatest size possible.

I think he is most pleased with how big we went on this day.

Every ounce of Shawn was pushing for something bigger in his life. He got that from his dad, you know. His drive and work ethic is straight from you, Kurt. He inherited a lot of qualities from you – the best ones to be sure. Shawn could put people at ease within moments of meeting them, and leave them feeling like they had known each other for years after a five-minute conversation – just like Kurt can.

But it was the competitive fire Kurt instilled in Shawn, which drove him to be the man he was. It was his finest attribute, Kurt. But you couple that drive with Shawn’s extraordinary confidence and overwhelming exuberance, and it also made him a challenge. Remember when you were trying to coach your team but kept getting interrupted by that loud DING.

You whirled around to see who had the gall to interrupt your session.

There was Shawn, pinging rocks off the crossbar with a mischievous smile. 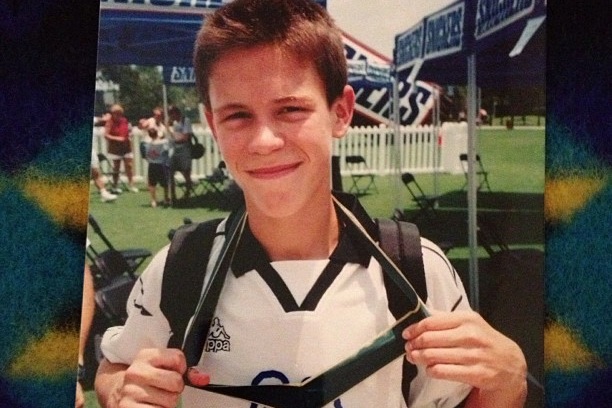 You know, his competitive drive and confidence was all you. I’m not sure where he got the rock throwing.

He got his mirth from Sherry.

It’s true. Sherry walks into a room and everything shines. You shone brightest in a hospital room in the Georgetown ICU. Those were the darkest of days, but every time you set foot in that room, there was light.

You shined on Shawn for 32 years. He inherited your unbridled joy and shared it with the world. Even in his most trying hours, when his mind was playing tricks on him, he could still find a way to joke, to smile, and to wink. To the very end, he still had the Kuykenwink. 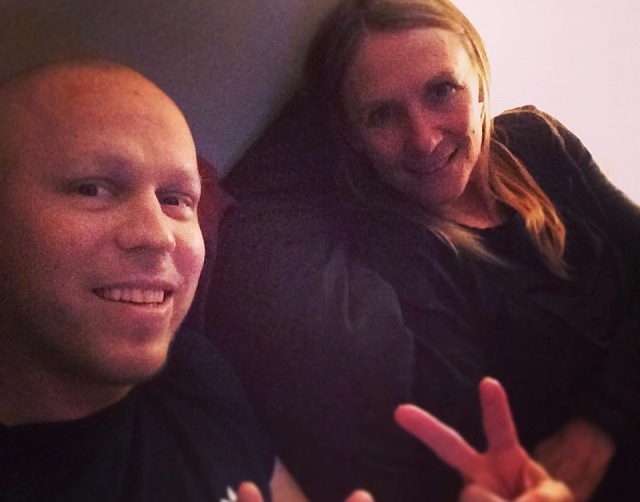 His drive and his spirit defined him, and often drove a lot of us up the wall. Shawn was the kind of dreamer that was convinced his dreams could come true. Sami didn’t help that at all. You were always up for every single one of Shawn’s adventures. He took you to a Jonas Brothers’ concert six years ago. He probably really appreciated how excited you were to go – because let’s be honest, he would’ve gone alone if you didn’t want to go. And that would have been pretty uncomfortable for everyone. But he went for you and to be with you. He loved you so much.

You were the best supporting actress a YouTube sensation could ever ask for. Shawn had no shame when that camera came on and Sami was right there the second Shawn decided to step into Christmas. There wasn’t a dream Shawn had that Sami wasn’t willing to turn into a reality.

Kris, Jason, and Jamie, your relationships with Shawn would sometimes come to a rough crossroads, and that exuberance and drive he had would sometimes be nothing more than a pain in the butt. I would witness it firsthand on the soccer field when the four of us played together.

“Jason, you gotta make runs into space and Kris, we need to combine in the midfield.”

But he doesn’t become such a powerful witness to Christ without the three of you. You kept him in check, you helped him grow, and you shaped who he was. It wasn’t all Jonas Brothers concerts – sorry Kris, I know you felt left out. Sometimes it was tough love. But it was the right love, the love he needed – the love you all needed.

When Shawn insisted he could get out of bed and play 90 minutes of soccer despite a collapsed lung and three surgeries in the span of a week, he needed someone strong enough to tell him to stay in bed. All those years of relationship meant that even though he was struggling in that bed with what was real and what wasn’t, he knew you were real and he trusted that you were looking out for him and protecting him.

Then he needed you when things grew dire. He knew right where to find you and you were all prepared to accept that challenge. Readily, happily, you walked him to the gates of heaven.

There were days when I was sure he was being disagreeable just for fun. But when I look back on every fight I ever had with him, they came out of Shawn wanting me to do something bigger, be something greater. Isn’t that what you want out of your best friend – your friend who sticks closer than a brother? An unrelenting purpose to make you better. It might not have felt like it at the time, but I know in my heart, Shawn was pushing me for something bigger than me.

For as much as he may have pushed the people, he also loved them silly. He loved harder than anyone I’ve ever met. I saw it every time he picked up Fiona, Lily, Emmy, and Xander. Uncle Donny was the ringleader for pillow fights, roughhousing, and anything else you dreamed up.

Uncle Donny was like Mary Poppins … if Mary Poppins wore v-necks, and had a hipster haircut … and you know, was a guy.

The four of you have the trendiest guardian angel of all time.

Every person in this room knew Shawn in some form or fashion. He had a way of making everyone he met feel like his best friend.

But the fact of it is, none of us was Shawn’s best friend.

He brought him up in conversation like you and I would an old college buddy. Jesus was with 14-year-old Shawn in a dorm room in Brazil when he was about to get beat up by a teammate. Jesus hung out in the bleachers of RFK Stadium with Shawn and Kyle Sheldon when they snuck away from responsibilities at DC United to watch the Nationals play. I know Jesus was hanging out with Shawn and Kyle because he was clearly not with the Nationals. Those were dark days indeed.

Jesus was there when Shawn learned that he was dying.

Shawn saw the path Jesus laid before him in July, and he embraced it. He let Jesus put his arm around him and lead the way. How often did we all witness Shawn talk about his friendship with God during his final months? Whether the prognosis was good or bad, it was in Jesus’ hands. Every step Shawn took was a reaffirmation of his faith.

Colossians 2:12 says: “You were buried with him in baptism, in which you were also raised with him through faith in the power of God, who raised him from the dead.”

You see Shawn’s faith was his greatest gift. All the wit, determination, and laughter that he had could never amount to his willingness to trust in his sovereign God. That trust led him straight to the gates of heaven—and he got in, because he knew a guy.

If there’s one regret I have, it’s that I didn’t take the time to pray with Shawn more. These past eight months, I was with him so many days, countless hours. But not until this final month did I really pray deeply and by that time, Shawn wasn’t always present. I would sit in the hospital room with him, and try to recall how he would talk to Jesus, and try to mimic him. I would give Shawn a sideways glance from time to time and apologize for not getting it just right. Hopefully he didn’t mind too much.

I told my pastor of my regret last week. How if there is one thing I would do over, it would be to pray with Shawn one more time.

“I think the best thing you can do now is thank him,” my pastor said.

What are you talking about?

“I think you should thank Shawn,” he said again.

Yeah, I heard you. What are to talking about?

“You should thank Shawn because he saved you. He taught you how to surrender to Jesus and let him be your best friend. He taught you to pray. Prayer isn’t just a bunch of Our Fathers. Prayer is a conversation. Shawn didn’t pray to Jesus, he had conversations. So now, when you think about him and you think about your relationship, add Jesus. And the three of you can talk in prayer for the rest of your life.

“And when you’re done, thank him. Thank him for saving your life.”