Several of Shawn’s closest friends paid tribute to him during his memorial service. Melanie Menditch met Shawn in 2001 as freshman at American University. Melanie shares her fondest memories of their relationship below.

It was a warm August afternoon in 2001 — move in day for the newest freshman class at American University. I walked into the dorm room of Nick Zaron and introduced myself. Across the room was what looked to be a middle schooler. This tween popped up from a nap. At first I thought that this was Nick’s little brother. It wasn’t. This was a 19-year-old Shawn Kuykendall. His first words to me were: “Hi, I’m Shawn. I like your halter top but not with those shoes.”

Shawn always made a lasting impression.

A month or so into our friendship, Shawn invited me to lunch. I told him that I’d love to go, but I needed 5 minutes to get ready. Shawn bluntly stated, “Well, I guess I’ll see you there. Bye.” And he left. The boy couldn’t wait 5 minutes. I think it’s fair to say that Shawn, in those days, had some pretty underdeveloped social skills. It is also fair to say that, over time, Shawn became a mastermind in the art of human connection.

Any individual in this room could stand up and share an anecdote of a time that Shawn made you feel loved or made you laugh. He was something that writers could only dream up in fictional characters. He was smart, funny, charismatic, endlessly talented, and just a weeee bit vain. Shawn was also the most dynamic storyteller I have ever known. The stories he loved, he would tell over and over again. We never got sick of them because of how captivating he was. Sometimes he was even known to steal a story or two. He would legitimately tell the story as if he was actually the one who had experienced the event. This usually worked out for him.- Except for that one time he got caught.

“Aww, that was your story? I couldn’t remember who told it to me. It was just sooo un-buh-lev-able. I had to tell it.”

Over the past few months, Shawn’s friends, many of whom I had never met, have reached out to me. They have offer words of hope, encouragement, and finally, condolences. My favorites, however, were shared videos of Shawn just being Shawn. When I started watching, I figured I had already seen the clips before. Even so, I watched. I watched because I would give anything to see Shawn’s face again, to hear his voice, and to laugh at Shawn just being Shawn. To my surprise, not one was alike. Shawn tailored unique videos to each special friendship. This must be one of the many reasons he had so many friends. 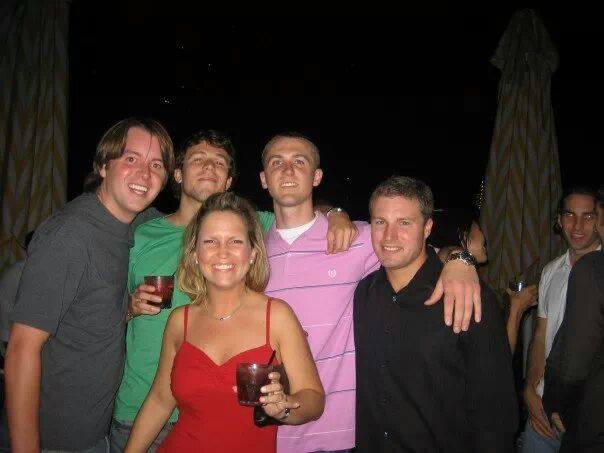 I have known the Kuykendall’s almost as long as I’ve known Shawn. Over the years they have been nothing but warm and inviting to anyone who enters their home. It is clear that Kurt, Sherry, Kris, Shawn, Jason, Jamie, and Sami have always loved each other very much. Over the past 9 months I have come to know their indestructible support for one another.

I remain in awe of Sherry. She stayed positive throughout Shawn’s entire battle. Even at the end, I would see her with a smile across her face. She spoke of the positives even when the only positive was, “Shawn looks restful today.” It is hard to fathom that you can recognize beauty through so much pain- but you can- and I’ve seen it again and again with the Kuykendall’s.

The most beautiful moment I witnessed was between Kris, Jason, and Shawn. Kris had been at the hospital all day and into the evening. Before he left for the night, the three boys held hands, cried, prayed, and said I love you. Both brothers told Shawn that he didn’t need to be strong anymore; he could now rest and be at peace. I watched from the foot of the bed with tears streaming down my face both devastated that my best friend was slipping away and humbled to be in the presence of such love and strength.

One of the very last things Shawn said to me was, “Melanie Menditch, I love you. There is nothing left for me to say.” And there wasn’t. And although I will forever cherish those words, he didn’t need to say them because I already knew — and I always loved him in return.

I continue to pick up my phone to call or text Shawn everyday. When I put the phone down, I endure this painful empty feeling inside that won’t subside. It’s the silly things that now make me the saddest. But just as quickly as the despair transpires, I find myself smiling or laughing at what our conversations looked and sounded like.

I can no longer text him to find out the newest remedy for stretching out jeans that are way too tight. I won’t receive any more urgent calls where Shawn asks me to turn my speakerphone on so that the world can hear about his epic bowel movement. I can’t call him and ask him the name of the hair salon we went to on Halloween; the salon where he had his hair washed at midnight dressed as He-Man.

There are so many things that I will miss about Shawn, but he has engraved himself so deeply in my heart and memory that I know I will find myself smiling more and more when thinking about the times he entertained me, challenged me, and made me a better person for knowing and loving him.